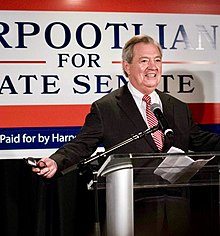 Biden supporter Dick Harpootlian is adamant that his party confront Sanders, rather than make the mistakes of the anti-Trump GOP four years ago:

“You’ve got to beat Sanders, not try to outlast him~you’ve got to make distinctions between Biden and Sanders—the most important, that one stands a good chance to beat Trump; the other stands no chance.”

Harpootlian says Sanders’ lack of black southern support could keep him from getting the delegates he needs for the nomination. “He’s got no support or organization among African Americans down here, none.” Harpootlian conceded that if Sanders wins IA and NH back to back, he’ll be viable on Super Tuesday when blue states like California and Massachusetts will be in play.