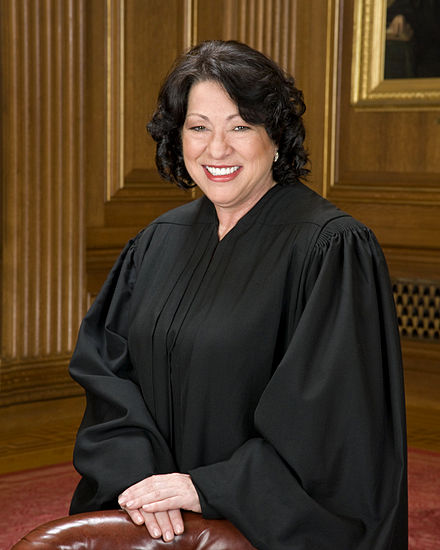 Sonia Sotomayor in SCOTUS robe.
(Image by (From Wikimedia) Collection of the Supreme Court of the United States, Steve Petteway source / h, Author: See Source)   Details   Source   DMCA
The ordinary rules no longer apply when the Trump administration shows up in court. The Supreme Court voted along ideological lines Friday evening to allow a Trump administration rule restricting low-income immigrants’ ability to enter the US to take full effect. All four of the Court’s Democratic appointees dissented, with Justice Sonia Sotomayor writing a sharply worded dissenting opinion accusing her Court of “putting a thumb on the scale in favor of” the Trump administration. “It is hard to say what is more troubling,” Sotomayor wrote. “That the government would seek this extraordinary relief seemingly as a matter of course, or that the Court would grant it.”
Read the rest of the story HERE: