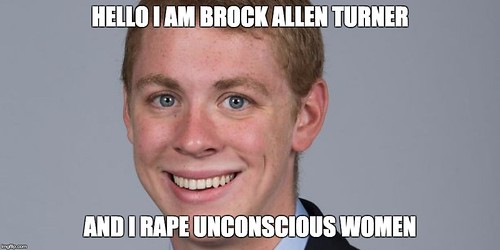 Brock Turner is back in the news — and he still doesn’t understand what he did wrong. The former Stanford University swimmer — who was convicted of sexually assaulting an unconscious woman behind a dumpster in 2015 and infamously spent just three months in jail — is appealing his conviction for assault with intent to commit rape. According to his attorney’s statement to three appellate court justices, Turner wasn’t trying to forcibly have intercourse with “Emily Doe” when he took off her underwear, rubbed himself against her and penetrated her with his finger. He just wanted “outercourse.” There are so many things wrong with this statement that it is difficult to know where to begin. First, the “outercourse” defense is so patently ridiculous that it reads like a headline from the Onion...