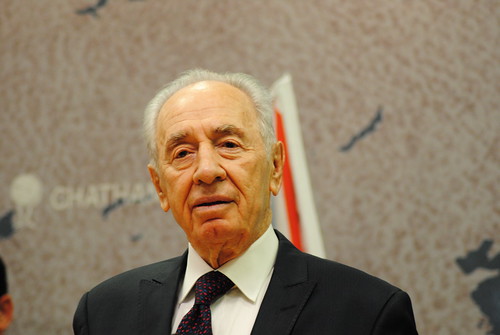 Shimon Peres, an Israeli statesman who helped build his country into a nuclear-armed regional military power, shared a Nobel Peace Prize for laying out a short-lived framework for peace with the Palestinians and more recently defended Israel’s controversial military actions in the Gaza Strip and Lebanon, died early Wednesday at a hospital in Tel Aviv. He was 93. The cause was complications from a massive stroke earlier in the month, the Israeli government announced. Mr. Peres, who held nearly every high office in his country and whose influence spanned 10 U.S. presidencies, was the last of a generation of politicians who came of age as Israel did and helped guide it through regional conflicts and economic restructuring.