She [Senator Murkowski] went on to list transgressions on both sides of the political divide that she saw unfolding during this impeachment process, only the third in U.S. history:

She cited Trump supporters' eagerness to "have just dismissed the case as soon as it reached" the Senate and Trump's detractors' acting as if "the only way the trial could have been considered fair was if it resulted in the president's removal from office."

Having castigated the House, the Senate, Trump and the media, Murkowski wrapped up her approximately 11-minute diatribe on a note of faint optimism: "It's my hope that we finally found bottom here." 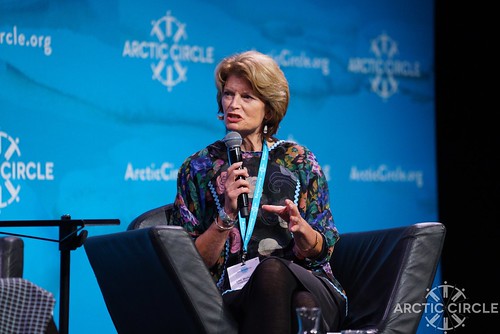 Senator Lisa Murkowski of Alaska at #ArcticCircle2017
(Image by arctic_circle)   Details   DMCA
Read the rest of the story HERE: