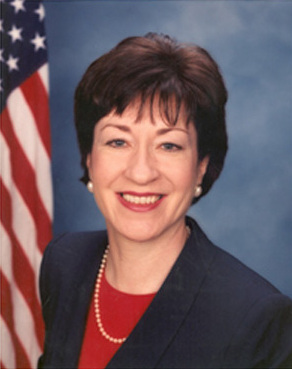 Susan Collins official photo
(Image by (From Wikimedia) Unknown author, Author: Unknown author)   Details   Source   DMCA
Sen. Susan Collins (R-Maine) told Maine Public Radio on Wednesday that she wants a vigorous investigation into Russia’s attempts to influence last fall’s  residential election, which would include testimony from former National Security Adviser Michael Flynn.   Collins, who is a member of the Senate Intelligence Committee, said she will call for Flynn to testify before the committee, as other members are also expected to demand. Sen. Collins said the Intelligence Committee would seek the president’s withheld tax returns if it is necessary to find any Russian connections.
Read the rest of the story HERE: