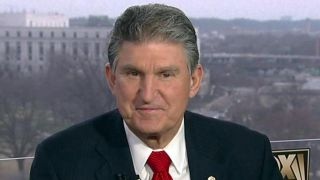 From Jay Inslee, Governor of Washington, a Petition:

It's time for progressives to take a stand for combating climate change. Appointing Senator Joe Manchin to lead Democrats on the Senate Energy and Natural Resources Committee would be the opposite of that.

Here are the facts: Joe Manchin literally shot climate legislation in one of his campaign ads. He supports Donald Trump’s dirty energy agenda. He simply can't be trusted to make the bold, progressive decisions we need.