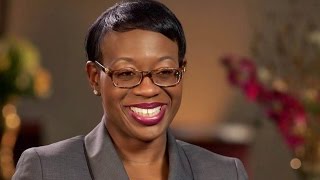 A top surrogate for Sen. Bernie Sanders (I-Vt.) says she will not accept an offer to join the Green Party's presidential ticket. "I'm going to keep fighting in the party, even though I'm disappointed," Nina Turner told Cleveland.com in an interview Monday afternoon. "I'm a Democrat, and that's worth fighting for." Turner was one of Sanders’s most prominent surrogates during the primary battle against Hillary Clinton. The former state senator resigned a top post at the state Democratic Party to join Sanders.