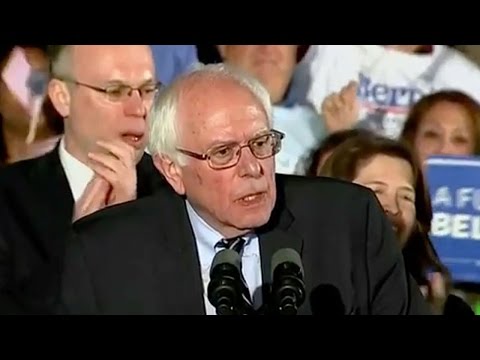 Bernie Sanders
(Image by The Young Turks, Channel: TheYoungTurks)   Details   DMCA
Democratic presidential hopeful Bernie Sanders met Monday with a small group of residents affected by the contaminated water crisis in Flint, Mich., before addressing a basketball arena filled with an estimated 9,400 supporters here. The senator said his private meeting with seven or eight Flint residents was among the most difficult in his public life, and he confessed that he had not realized “how ugly and how horrible and how terrible” the situation is. “It is beyond my comprehension in the year 2016 in the United States of America we are poisoning our children,” Sanders told the crowd here at Eastern Michigan University after meeting with Flint residents.
Read the rest of the story HERE: