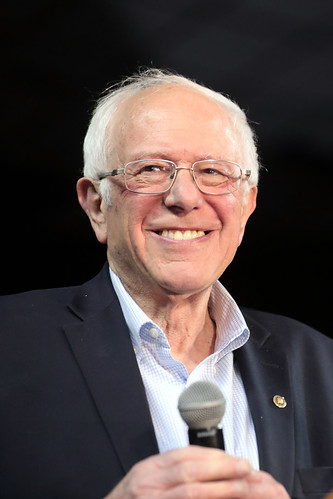 The Sanders amendment, which is still being crafted, will seek to impose a $74 billion cut on the $740.5 billion military budget proposed by the Senate version of the National Defense Authorization Act (NDAA) for fiscal year 2021. The sprawling annual defense policy bill passed the Senate Armed Services Committee Thursday with an overwhelming bipartisan vote of 25-2. The NDAA is expected to reach the Senate floor the week of June 22. Politico reported Thursday that the bill in its current form authorizes "$636.4 billion for the base Pentagon budget, $69 billion for overseas operations, and $25.9 billion for national security programs under the Energy Department"—e.g., nuclear weapons programs.