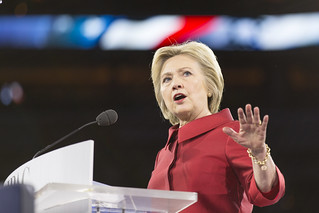 There’s only one Democratic candidate not linked to an ongoing FBI investigation, and his name is Bernie Sanders. Vermont’s Senator will become Democratic nominee for many reasons, but a cyber hacker named “Guccifer” just solidified the fact only one candidate can type an email without scandal. Superdelegates exist so that Republicans like Donald Trump won’t use FBI investigations and foreign hackers against a Democratic nominee.

Forget about foreign hackers for a moment, and listen to the words of Defense Secretary Robert Gates....Gates believes other nations most likely compromised Clinton’s server. If you don’t trust the recent statements of a Romanian hacker (I believe him), do you trust the views of President Obama’s former Defense Secretary?