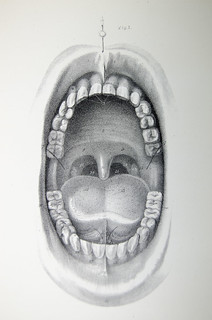 Anatomy of the mouth
(Image by liverpoolhls)   Details   DMCA

" the debates had a veritable tone and texture of a hybrid between a reality show and American Idol, where each contestant had a swagger and self promoting, self-absorbed aura, and each judge was snarky and "gotcha" instead of provocative and fact finding. There was nothing amusing about the debates, even if they read like a snarky stand up comedy competition. There are tens of millions of people in this country who are suffering horribly.

The GOP debate had little dignity and even less truth to it. These debaters are bonafide looney, dangerous, and disconnected, no differently than had been Louis XVI and Marie Antoinette, who lived isolated and opulent lives in grand palaces and who eventually faced a fate our current politicians might one day face, according to Picketty.

How could I not vote for Sanders?"