De Niro threw his arms in the air defiantly as the crowd cheered and gave him a standing ovation. 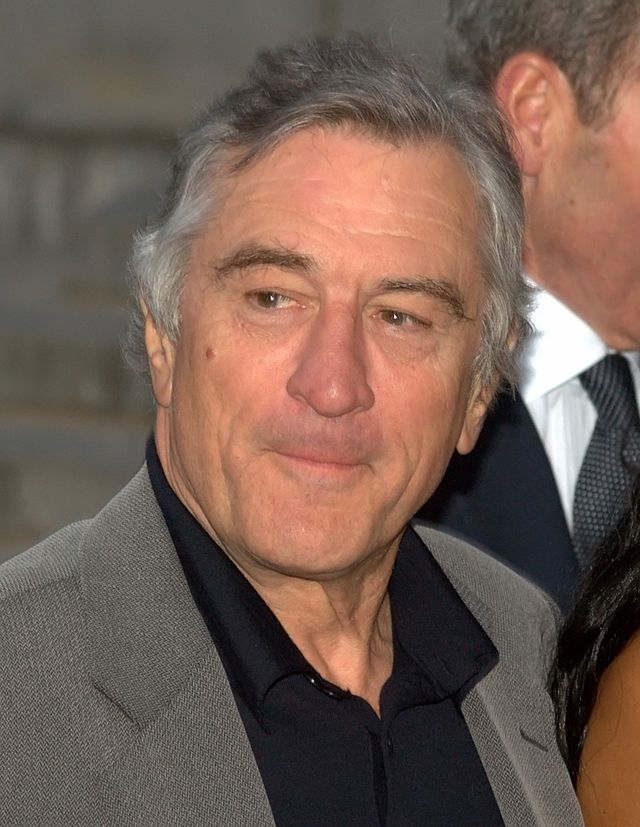