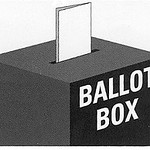 Federal election observers can only be sent to five states in this year’s U.S. presidential election, among the smallest deployments since the Voting Rights Act was passed in 1965 to end racial discrimination at the ballot box.

The plan, confirmed in a U.S. Department of Justice fact sheet seen by Reuters, reflects changes brought about by the Supreme Court’s 2013 decision to strike down parts of the Act, a signature legislative achievement of the 1960s civil rights movement.

Voting rights advocates told Reuters they were concerned that the scaling-back of observers would make it harder to detect and counter efforts to intimidate or hinder voters, especially in southern states with a history of racial discrimination at the ballot box.

The Supreme Court ruling undercut a key section of the Act that requires such states to obtain U.S. approval before changing election laws.