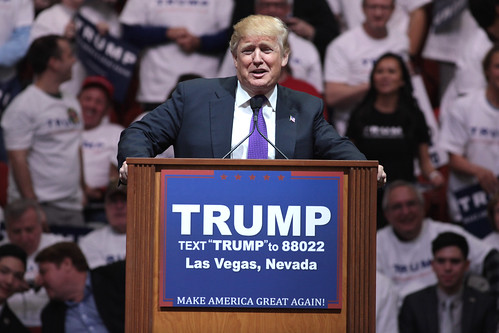 Maine's 4-term Sen. Susan Collins, one of the last of a dying breed of moderate, occasionally coherent Republicans, has finally summoned the strength of character to announce she will not support Trump in the election, thus becoming one of the most high-profile GOP members to abandon their lunatic flag-bearer. After months of waffling and cautious criticism of Trump's more outrageous stands, Collins announced  her decision in a Wa-Po op-ed, listing several excellent examples of Trump's 'unsuitability for office' including his 'lack of self-restraint,' 'barrage of ill-informed comments,' and 'disregard for the precept of treating others with respect, an idea that should transcend politics.' She adds, 'Donald Trump does not reflect historical Republican values nor the inclusive approach to governing that is critical to healing the divisions in our country.'