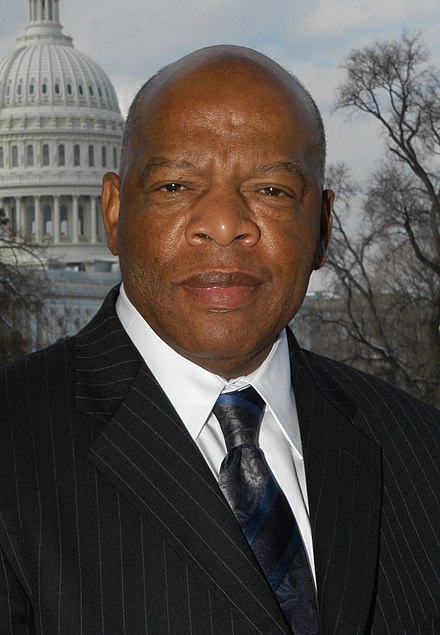 Rep. John R. Lewis, 80, the civil rights icon whose fight for racial justice began in the Jim Crow south and ended in the halls of Congress, died Friday night from Stage IV pancreatic cancer. Lewis served in Congress for more than three decades, pushing the causes he championed as an original Freedom Rider challenging segregation, discrimination and injustice in the Deep South – issues reverberating today in the Black Lives Matter movement. He helped organize the voting-rights march in Alabama that became known as "Bloody Sunday," when state troopers attacked demonstrators with tear gas and billy clubs, a nationally televised melee that hastened passage of the Voting Rights Act.

Along with Martin Luther King Jr., he was an organizer of the March on Washington in 1963, a seminal moment in the Civil Rights Movement that led to the passage of voting rights for Blacks two years later.