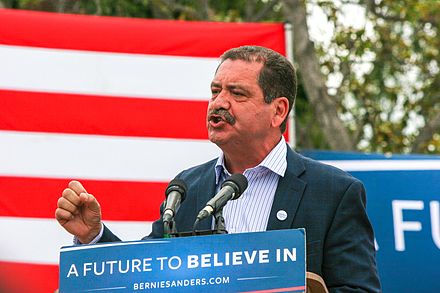 Garcia, D-Ill., who was a leading national surrogate for Bernie Sanders in 2016 endorsed the Vermont senator on Thursday and will head to Nevada to campaign for him in a state where Latino voters are a key to victory.

“I stand with Bernie Sanders because we need a president who is consistent, who has the courage to pursue real change, and who will always choose the people over political gain or expediency,” Garcia said in a statement.