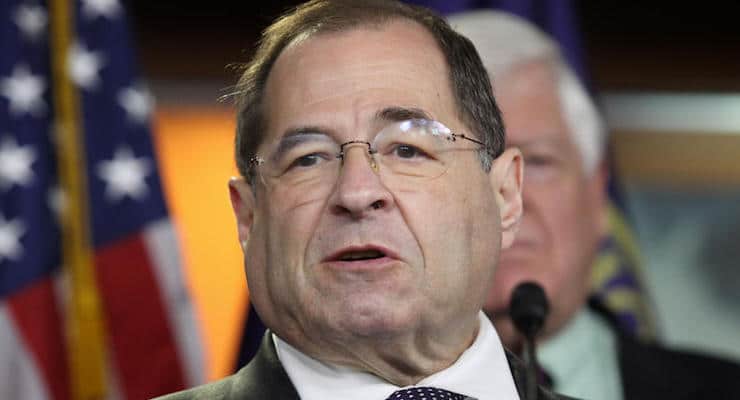 Appearing on CNN’s State of the Union Sunday morning, incoming House Judiciary Chair Rep. Jerrold Nadler (D-NY), who would be in charge of any impeachment hearings, made clear that if the allegations in the Michael Cohen sentencing memo are true, “They would be impeachable offenses.” Nadler said that these filings show that Trump “was at the center of a massive fraud, several massive frauds against the American people.” Nadler also made sure to point out that, “There is nothing in the Constitution that prohibits the president from being indicted,” but noted that even if they cannot indict Trump while he is in office, he could be indicted after he leaves the White House.