In 1969, The SCOTUS "ruled unanimously that the Fairness Doctrine was not only constitutional but essential to democracy. The public airwaves should not just express the opinions of those who can pay for airtime; they must allow the electorate to be informed about all sides of controversial issues."

The doctrine did not require equal time for opposing views but required that contrasting viewpoints be presented. Stations were given wide latitude as to how to provide contrasting views: It could be done through news segments, public affairs shows, or editorials.

Reagan veto of Fairness in Broadcasting Act of 1987 counters a unanimous SCOTUS Ruling and the overwhelming will of the Congress. 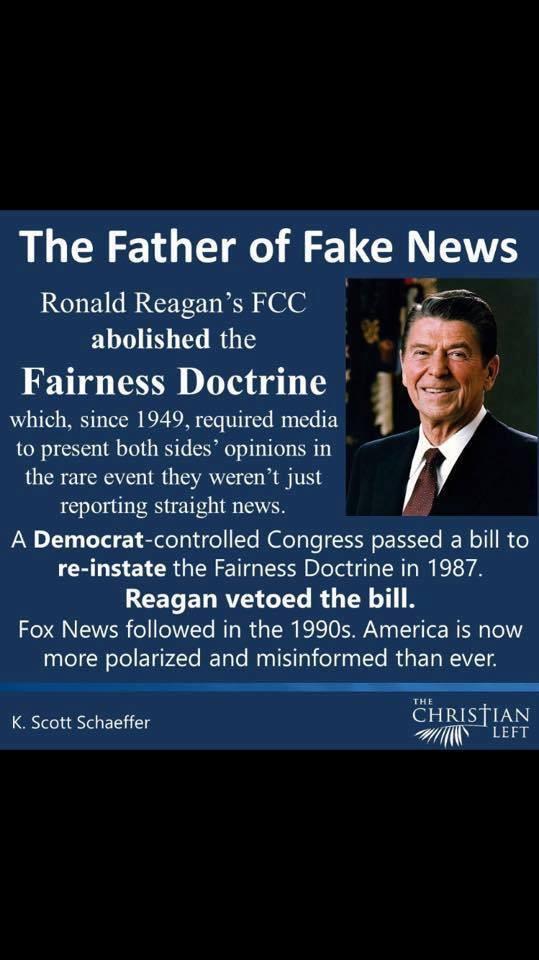 The Father of Fake News
(Image by The Christian Left)   Details   DMCA
Read the rest of the story HERE: