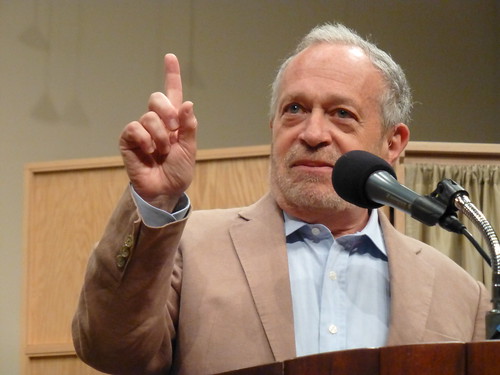 Reich writes: Asked in a CBS This Morning interview why he hasn't yet endorsed Clinton, Bernie Sanders replied,'Because I haven't heard her say the things I need to hear said.' I don’t think Bernie will hear what he “needs to hear” because the Clinton campaign assumes he’ll endorse her anyway. With Trump imploding, Hillary has no interest in accommodating Bernie beyond the concessions she already made in the primary. On Wednesday, she gave what was billed as a “major” economic speech, but it was little more than a rehash of her previous policy positions, emphasizing her competence and experience. As the Times put it, “the speech framed her place in the race as being the candidate who understands the populist discontent but will react to it with practicality.”