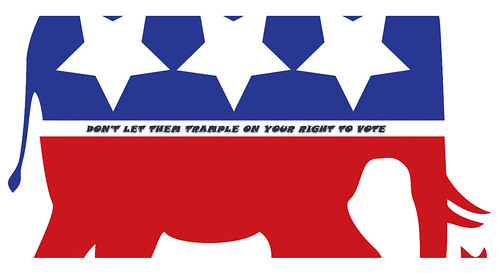 First the people of Florida two years ago overwhelmingly (60%+) voted to allow ex-felons in their state the right to vote. They are overwhelmingly black and poor. Then the GOP-dominated Florida legislature passed a provision requiring that this population first pay off all fines and other expenses associated with their prison terms. The vast majority couldn't afford it. Then a few benevolent billionaires raised money to pay off these fees. Now people are working feverishly to get the word out to the potential voters, most of whom don't even know that their rights have been restored.