In a speech last night at the Anti-Defamation League (ADL), the actor and comedian Sacha Baron Cohen attacked Facebook and other social media platforms for enabling the proliferation of hate speech and misinformation.

The speech was striking in its sincerity – Baron Cohen appeared as himself, rather than “in character” as one of his satirical personas – and its blistering tone.

Describing Facebook as “the greatest propaganda machine in history”, Baron Cohen argued that the company, which does not vet political ads for truthfulness, would have allowed Hitler to run propaganda on its platform. 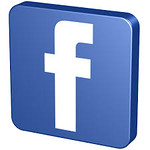