In the latest edition of La Repubblica, Pope Francis' longtime atheist friend and interviewer, Eugenio Scalfari, claims that the Pope told him that once Jesus Christ became incarnate, he was a man, a "man of exceptional virtues" but "not at all a God."

The teaching of the Catholic Church and most Christian churches is that Jesus Christ, the Son of God, was incarnated as fully man and fully God. 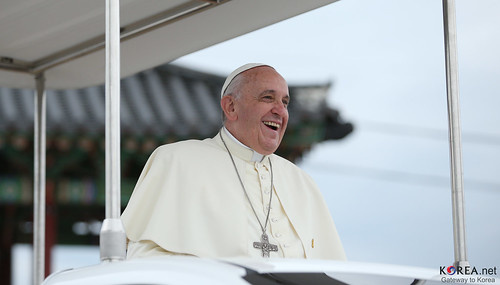 Korea_Pope_Francis_Haemi_Castl e_16
(Image by KOREA.NET - Official page of the Republic of Korea)   Details   DMCA
Read the rest of the story HERE: