Senate Republicans have tried to work with Donald Trump. They’ve offered gentle advice and firm guidance, hoping he’ll morph into a general election candidate who won’t kill their chances of keeping the Senate, or better yet, will give Hillary Clinton a run for her money.

None of it has worked. And now a palpable mix of despair and resignation has permeated the Senate Republican Conference. Many lawmakers are openly frustrated, and refusing to defend the comments and actions of their own standard-bearer, the man they’ve endorsed for president. 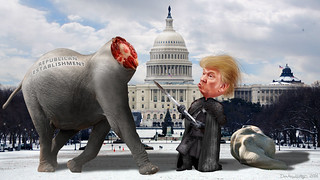