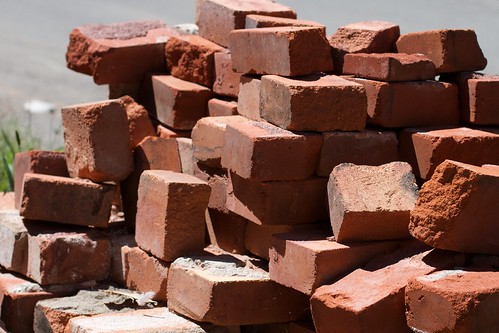 Stacks of bricks left seemingly unattended in riot hotspots across the US have protesters and journalists wondering whether the violent street clashes are orchestrated.

Certainly, the sudden appearance of heavy piles of masonry takes logistics most protesters are incapable of organizing on the fly.