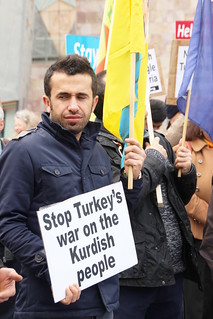 The People’s Democratic Party (HDP) has insisted on self-rule in southeastern Anatolia as Prime Minister Ahmet Davutoglu canceled a meeting with the party over the constitution, accusing the HDP of violence.  A meeting of the Democratic Society Congress (DTK) in the city of Amed has called for the establishment of “democratic autonomous regions” for the solution of the Kurdish problem. The DTK convened to discuss Turkish army operations in the southeastern province of Diyarbakir and asked for “self-governance” in a statement on Dec. 27.