Algeria has been ruled by a strongman "president" who has held power for 20 years.  After his stroke 6 years ago, the deep state associated with him has continued to rule, with President Bouteflika as figurehead.  This Spring, Bouteflika sought a fifth five-year-term as president, and the people said, "enough is enough"  They are in the streets, demanding a peaceful transition to full democracy.  The Army is in an ambiguous position.  On the one hand, they have sided with the people against Bouteflika, and made it safe for them to demand change.  On the other hand, they remain a conservative force linked to the Deep State.  Stay tuned. 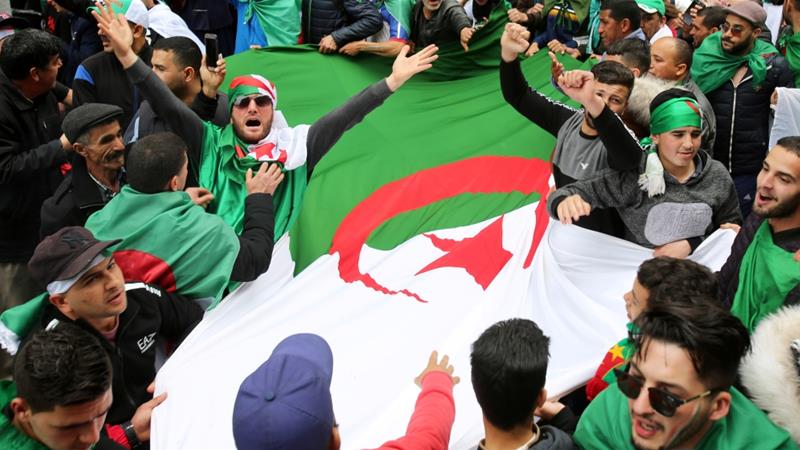 (Image by al jazeera)   Details   DMCA
Read the rest of the story HERE: