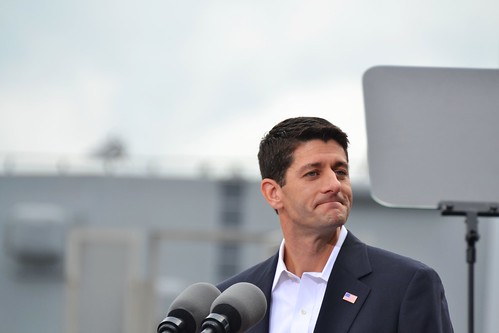 Congressman Paul Ryan
(Image by Tobyotter)   Details   DMCA
In an unceremonious op-ed in his local paper, Speaker Paul Ryan (Wis.) ended his dithering on the presumptive GOP presidential nominee and said he would vote for Donald Trump in November. Ryan, who had been holding out on endorsing Trump, said the focus of his conversations with the real estate mogul were on the House’s policy agenda. “Through these conversations, I feel confident he would help us turn the ideas in this agenda into laws to help improve people’s lives,” Ryan writes, 666 words into an 806-word op-ed in the GazetteXtra. “That’s why I’ll be voting for him this fall.” Ryan says one person he knows won’t support his agenda is Hillary Clinton.
Read the rest of the story HERE: