"Yanukovych and Putin were determined to stop Ukraine’s accelerating move away from Russia toward alliances with the West. With guidance from Manafort and backing from Moscow, the Party of Regions made astonishing progress over the next five years, culminating in Yanukovych’s successful bid for the presidency in 2010. Among his first official acts was to legally bar Ukraine from seeking NATO membership. Among his unofficial ones were to amass an enormous fortune and launch a crackdown against political opponents... Manafort continued to earn money from Yanukovych and his allies for several more years as the country descended into conflict. After a pro-Western uprising forced Yanukovych from power in 2014... Manafort’s name appears in the document 22 times, with payments worth $12.7 million designated for him between 2007 and 2012. 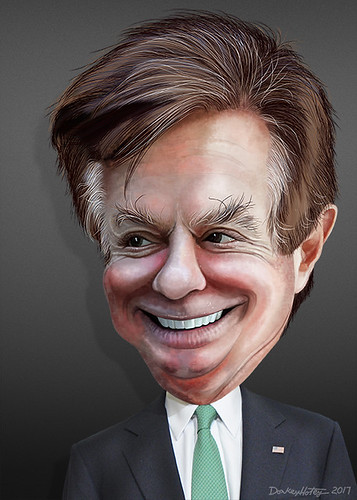