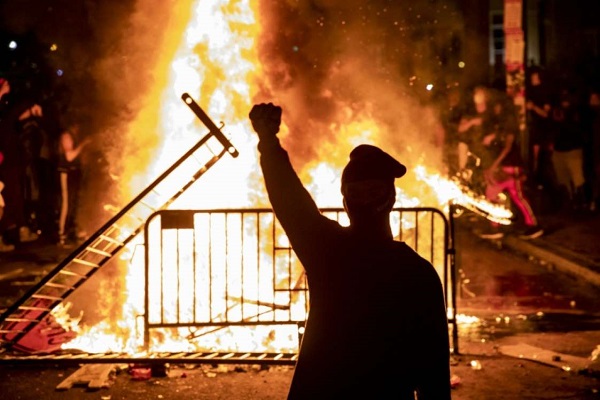 Fiery protests over racial injustice and a health pandemic that has killed 100,000 Americans and tanked the economy are converging to form what is perhaps the most unstable US presidential election year in modern history
(Image by Samuel Corum)   Details   DMCA