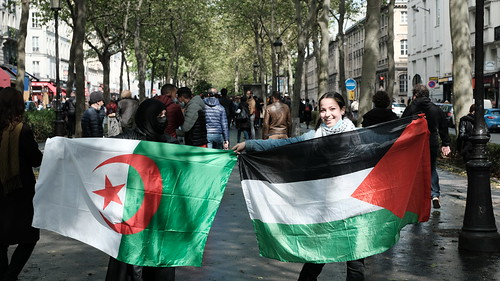 Paris Protests in Support of Palestine are possible, not so much protests for human rights in Palestine itself.
(Image by nadimkobeissi)   Details   DMCA

As the Palestinian Authority tightens its iron grip on dissent in the West Bank—and a dissident is brutally murdered while in PA custody—Western media virtually ignore the story. One Palestinian activist accuses the United States government itself of supporting the increased repression.

Ironically, just last February PA president Mahmoud Abbas seemed to have found a new love for freedom of speech. Reversing more than a decade of strangling speech critical of his regime, he decreed a ban on “the detention, arrest, prosecution of, or holding to account, individuals for reasons relating to the freedom of opinion and political affiliation.”