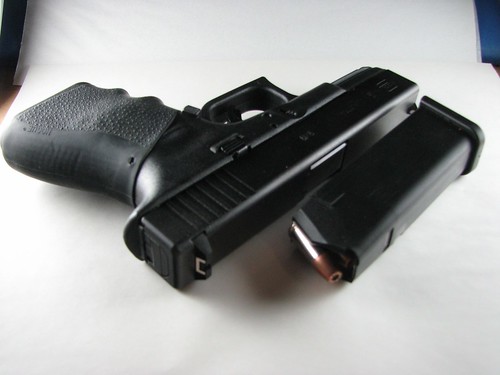 A Republican delegate, who recently prompted controversy over a church's Muslim sign, plans to take a Glock 9mm to the Republican National Convention in Cleveland later this month. What could possibly go wrong?

Matthew Jansen, who is also a Spring Grove school board member, said he's applying for a license to carry a firearm.

Delegates will not be allowed to have weapons inside the convention, set for July 18 through 21 in the . But some plan to arm themselves outside of the convention center during the week, Pennsylvania news outlet NewsWorks has reported.