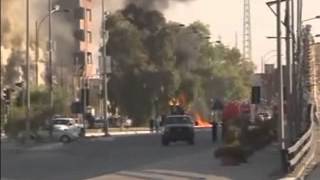 A suicide bomber in Pakistan killed at least 63 people and wounded dozens more in an attack on mourners gathered at a hospital in Quetta, according to officials in the violence-plagued southwestern province of Baluchistan. The bomber struck as more than 100 mourners, mostly lawyers and journalists, crowded into the emergency department to accompany the body of a prominent lawyer who had been shot and killed in the city earlier in the day, Faridullah, a journalist who was among the wounded, told Reuters. A faction of the Pakistiani Taliban, Jamaat-ur-Ahrar, claimed responsibility for the attack, according to the group’s spokesman. Jamaat-ur-Ahrar is the same faction that carried out a bombing in the city of Lahore in March, killing 72 people at a park filled with children and families.