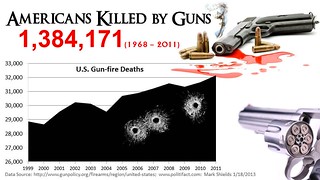 Did you Know?  . With shootings by preschoolers happening at a pace of about two per week, some of the victims were the youngsters’ parents or siblings, but in many cases the children ended up taking their own lives . These are shooters who need help tying their shoelaces, too young sometimes to even say the word “gun,” killed by their own curiosity. They are the most maddening gun deaths in America. Last year, at least 30 people were killed in accidental shootings in which the shooter was 5 or younger, according to Everytown For Gun Safety.  During a single week in April, four toddlers  shot and killed themselves, and a mother driving through Milwaukee was killed after her 2-year-old apparently picked up a gun that had slid out from under the driver’s seat. It was a brutal stretch, even by the standards of researchers who track these shootings.