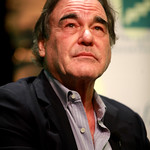 Oliver Stone has taken aim at the US government for deceiving people about the levels of surveillance that exist in the country. The Oscar-winning director was speaking at the Toronto film festival as his new film Snowden, about the controversial NSA informant Edward Snowden, received its world premiere. “Americans don’t know anything about it because the government lies about it all the time,” Stone said at a press conference. “What’s going on now is pretty shocking. This story not only deals with eavesdropping but mass eavesdropping, drones and cyberwarfare. As Snowden said himself the other day, ‘It’s out of control, the world is out of control.’”