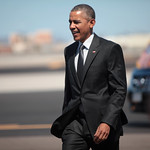 President Obama is expected to veto a bill Congress approved without objection that would allow families of the victims of the Sept. 11, 2001, terrorist attacks to sue the Saudi Arabian government, a White House spokesman said Monday. The president has opposed the bill, which would let courts waive claims to foreign sovereign immunity in cases involving terrorist attacks on U.S. soil, over fears that foreign governments might exploit the move to drag American officials into court. Yet the White House's effort to stop the widely-popular measure from becoming law might be short-lived: congressional leaders have already suggested they would try to override a veto, and probably have sufficient support in both chambers to do so.