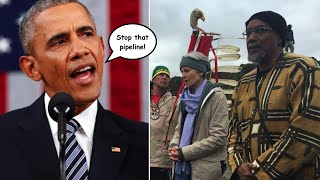 The Obama administration said it would not authorize construction on a critical stretch of the Dakota Access pipeline, handing a significant victory to the Indian tribe fighting the project the same day the group lost a court battle. The administration said construction would halt until it can do more environmental assessments. The Department of Justice, the Army and the Interior Department jointly announced that construction would pause on the pipeline near North Dakota's Lake Oahe, a major water source on the Missouri River for the Standing Rock Sioux Tribe. The agencies will now decide whether they need to reconsider permitting decisions for the pipeline under the National Environmental Policy Act.