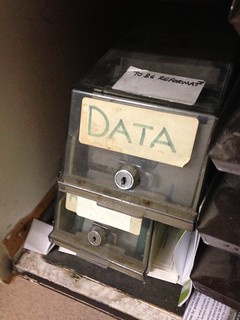 DATA
(Image by janetmck)   Details   DMCA
At this moment in time, when the government wants Apple to unlock OUR phones, 'The Obama administration is on the verge of permitting the National Security Agency to share more of the private communications it intercepts with other American intelligence agencies without first applying any privacy protections to them, according to officials familiar with the deliberations.The change would relax longstanding restrictions on access to the contents of the phone calls and email the security agency vacuums up around the world, including bulk collection of satellite transmissions, communications between foreigners as they cross network switches in the United States, and messages acquired overseas or provided by allies.'
Read the rest of the story HERE: