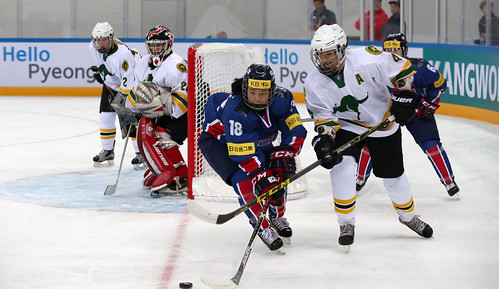 North Korean female ice hockey players will arrive in Seoul Thursday for joint training with their South Korean counterparts ahead of next month's PyeongChang Winter Olympics, as part of a larger delegation that will inspect facilities for the Games.

Other delegates will check our facilities for the large-scale North Korean contingent that will participate in the Games, including athletes, 230 cheerleaders, a taekwondo demonstration team and reporters.

This was the first visit by South Korean officials to North Korea since the Gaeseong Industrial Complex was shut down in February 2016.

The Koreas also agreed for a 140-member North Korean orchestral music troupe to perform in Gangneung, Gangwon Province, Feb. 9, and in Seoul, Feb. 11.

North Korea's delegation to the Olympics will also include high-level officials, but no details have been given so far on who Pyongyang will send.