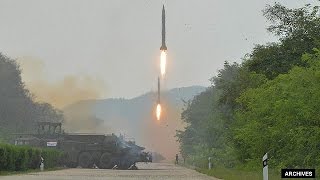 North Korea confirms that it has conducted a successful "nuclear warhead explosion" test, saying it was meant to counter US hostility. The confirmation came after South Korean authorities said they believed North Korea has conducted a fifth nuclear test — its biggest to date — following the detection of an “artificial earthquake.” Reacting to the development, the White House said it was assessing the explosion near North Korea’s nuclear test, but stopped short of confirming a nuclear test. Earlier on Thursday, North Korea had threatened to continue strengthening its nuclear force in reaction to a United Nations Security Council’s recent statement condemning the country’s latest missile tests.