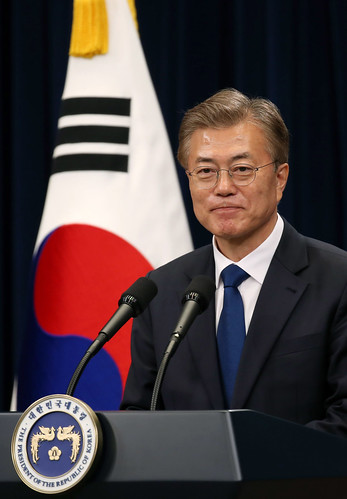 Kim Jong-un’s Overture Could Drive a Wedge Between South Korea and the U.S.--- New York Times

Mr. Kim, perhaps sensing the simmering tension between President Trump and President Moon Jae-in of South Korea, called for an urgent dialogue between the two Koreas before the opening of the Winter Olympics in the South next month.

The strained relationship between the allies has been playing out for months, as Mr. Moon, a liberal, argued for economic and diplomatic openings with the North, even as Mr. Trump has worked hard to squeeze the North with increasingly punishing sanctions.