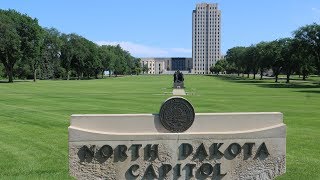 500+ people showed up for the vote held in Burleigh County; it was poised to be the first local government in the nation to bar refugees.

In September, Trump signed an executive order allowing governments to not accept refugees; Burleigh County stood to be the 1st community to do so. After testimony from community members on both sides, the Burleigh County Commission voted to allow 25 refugees. Trump slashed refugee numbers from 110,000 at the end of the Obama administration to 18,000 this year. “The world hasn’t seen this many refugees since World War II,” said Jacob Vigdor, professor of public policy and governance, noting that there are 65 million refugees in the world.

Utah asked the Trump administration to give them more  refugees. In November, Utah Gov. Gary Herbert asked Trump to send more refugees to the state that was originally founded by religious refugees fleeing persecution.