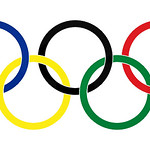 South Korea and North Korea have agreed to create a joint Olympic team and march together in opening ceremony, the Associated Press reported Wednesday. The two countries met for the second time in a week Monday to discuss the possibility of creating a joint ice hockey team for the 2020 Winter Olympics in Pyeongchang. North and South Korea have never marched together under one flag in any Olympic games.