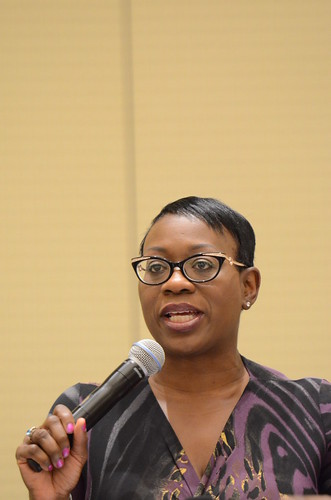 An interview with Nina Turner, the new president of Our Revolution, on race, class, electoral strategy, and whether we’ll feel the Bern in 2020. She is a “proud homegirl” of Cleveland, Ohio, where she was a state senator from 2008 to 2014 and a candidate for secretary of state in 2014. Long viewed as a rising star inside the Democratic Party, Turner began 2015 affiliated with the Ready for Hillary Super PAC, only to throw her support behind Bernie Sanders later in the year. During the primary, Turner became one of the most prominent black voices to stump for Sanders, and she has remained an active ally, joining the board of Our Revolution. Last week, the organization announced that Turner would take over as president, replacing Jeff Weaver, who was Sanders’s campaign manager in 2016. The Nation spoke with Turner about her goals for the group.