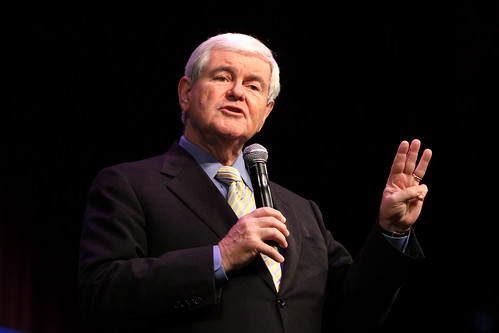 Newt Gingrich
(Image by Gage Skidmore)   Details   DMCA
Republican Newt Gingrich, a former speaker of the House and a staunch Donald Trump backer, criticized his party's presumptive presidential nominee Sunday for his recent controversial comments on the federal judge presiding over a Trump University lawsuit. "This is one of the worst mistakes Trump has made. I think it's inexcusable," Gingrich told Fox News Sunday. "He has every right to criticize a judge. He has every right to say certain decisions aren't right and his attorneys can file to move the venue from the judge. But first of all this judge was born in Indiana. He is an American. Period."
Read the rest of the story HERE: