Nearly two-thirds of Americans think they’re smarter than the average person, according to a 2018 research study published in research journal PLOS One. Security company SafeHome.org recently tried to determine which states can accurately call themselves the smartest.

The SafeHome report ranked the smartest states in America based on data from the U.S. Census Bureau, the U.S. Department of Education, The College Board and ACT. Metrics included the percentage of adults age 25 and older with a bachelor’s degree, adults with an advanced degree, 2017 high school graduation rate, median SAT scores (out of 1,600) from the 2018-2019 school year and the percentage of test-takers meeting ACT subject benchmarks.

According to the report, these states are home to the most intelligent people in America: 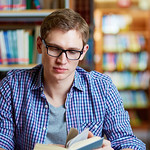 Smart-People
(Image by mahmoud99725)   Details   DMCA
Read the rest of the story HERE: