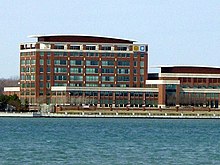 Anais Surkin, the local’s president, said that the board chose to endorse based on Sanders’ support and as a result of frustration with the UAW’s lack of backing candidates.  “What are they gonna do to us as a local if we endorse? We should express the membership’s will. Sanders isn’t focused just on the national leadership of unions. He’s focused on member-to-member communications.”

Last week, 1300 IBEW Sanders supporters released a letter calling on their parent union to retract its Biden endorsement. The Amalgamated Transit Union, which endorsed Biden after backing Bernie in 2016, sees an effort by Sanders supporters to retract that  endorsement. Culinary Union leadership in Las Vegas, saw a week-long hostile news cycle after trying to dissuade members from voting for Sanders because of his Medicare For All, only to see him win the Nevada caucus with its members’ votes.