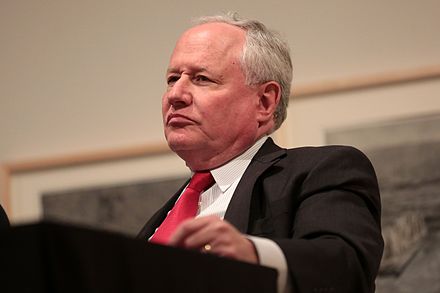 The campaign, as NHJournal reports, encourages Independents to support moderate candidates, not progressives.

Bill Kristol, the founder of the Weekly Standard conservative magazine and Republican associated with the Never Trump movement:

We're trying to save the nation from a choice between Trumpism and socialism. We're not asking people to vote for candidates they don't like, as some Trump operatives are doing when they tell people to vote for Sanders. We're reminding conscientious Americans who want an alternative to Trump that they can help increase the chances of having such an alternative in November by participating in the Democratic nominating contest.

In New Hampshire, party primaries are open to members of the party and people who are not associated with a party who wish to participate. Non-affiliated voters choose the ballot they would like when they arrive at polling stations.