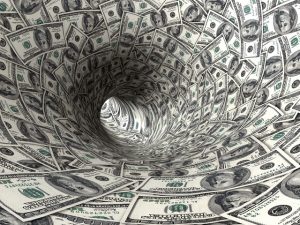 When he campaigned for the Oval Office in 2016, Donald Trump said he would eliminate the national debt in eight years. However, the deficit has since risen by more than 16 percent under his presidency. On Tuesday, attorney George Conway, a frequent Trump critic and husband of White House Special Counsel Kellyanne Conway, pointed out that three years into Trump's first term as president, the national debt increased by $3 trillion, bringing it to over $23 trillion now. Conway cited figures from the National Debt Tweets in his tweet.