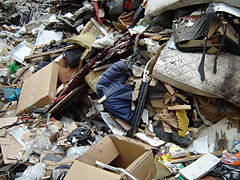 “We have over three million signatures so far, and we’ve only been passing this petition around for a few hours, really,” New York resident Katie Williamson told us today in a  Skype interview. “That means so far three-quarters of New Yorkers want to rename one of our landfills as the Donald Trump Dump. It’s hard to get New Yorkers to agree on what color the sky is, much less come together to put three million signatures on a piece of paper agreeing to rename something in the city. But that just shows you how much this city hates one of its most famous residents, doesn’t it?”